With any story, a bad ending can ruin it; or if a story is lousy, a good ending can be a saving grace. If a plot is confusing, the ending should clear things up and answer nagging questions, but if they tell you nothing, you may never figure out what was going on. Here, I will share with you some of the weirdest and most confusing endings in video games. (WARNING: contains spoilers!)

The gameplay in Braid revolves around time travel. It starts off with innocent rewinding of time and descends into madness involving stasis fields, your shadow running off without you, and a ring that creates a time vortex around it when placed on the ground, all in the name of rescuing some princess who is actually running away from you. This game is one big wtf from beginning to end, but the ending is certainly the icing on the cake.

When you finally reach the princess, you see her on the platform above you, escaping from an angry knight. As she runs from the knight, you try to reach her and she helps you by deactivating the traps and moving the barriers in your way. When you finally reach at her bedroom window, the screen flashes white, and suddenly she is asleep. You are unable to reach her and there is nowhere to go; the only thing to do is hit the rewind button. As the scene is played backwards, you see that the princess is running away from you and activating traps and moving barriers in an attempt to prevent you from reaching her. When you reach the end, er, beginning of the scene, the princess jumps into the knights arms and takes her off-screen (presumably to safety).

Then you leave the level to go to the epilogue. If, at this point, one has any doubt as to whether the designer was even trying to make sense, this should clear that up. The room is filled with just more of the cryptic, flowery narrative that prefaced each section in the rest of the game. This is not much of a letdown, since it was just nonsense up until this point, but some sanity would not have gone amiss.

Hey, hands up who hates pretentious, artsy fartsy, contemporary art? No? Then leave this page now; that's what this is all about! In the face of the question of whether video games can be considered art, I point to Limbo as proof that, yes, they can. Not because it is a thing of beauty, but because it is a perfect example of bullshit “contemporary” art in the world of video games.

I take back what I said about Braid; it has a plot (not much of one, mind you), Limbo is just a silhouette of a kid running around dodging traps on a dilapidated, silhouette island, complete with a lost city and savage children.

But it's all worth it when you reach the end and find a lonely-looking girl, and then the screen promptly cuts to black. Nothing happens in the entire game, at all. Nada, zip, zilch, nil, poof, you lose anyway. At least the meaning of the title is revealed.

Unlike the first two on this list, Zeno Clash actually has a story, but the entire thing is like a bad trip. I'll give you a few screenshots to illustrate. 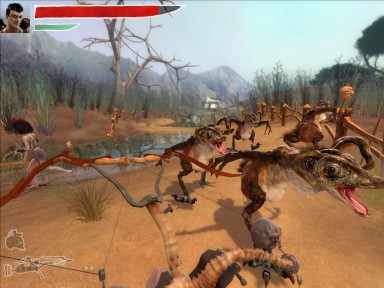 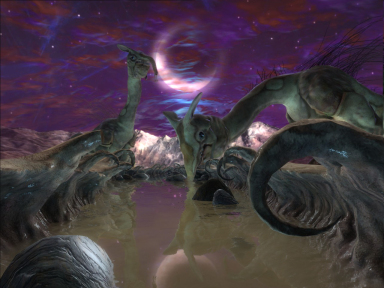 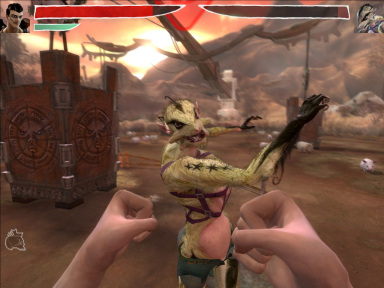 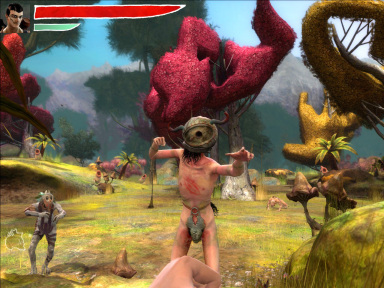 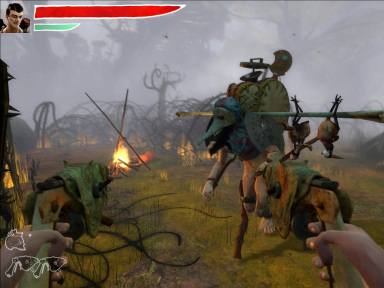 I would have thought things like that would make a person kick their habit, cold turkey, but someone decided to make it into a video game.

Since this post is about endings, I'll skip the main plot and jump straight to the end: after the final showdown, the tar-headed man you find at the end of the world tells your family the big secret that's been driving the story throughout the entire game. Everyone is stunned, and tar head continues to tell them that there is more to the world than this world, and he will show them. As he finishes his speech, the camera zooms out to show… this thing:

And that's it. I think this was a simple case of not knowing how to wrap up a runaround of a story, so the writers tried to distract their audience with a soothing voice and mystical talk.

This game has three, count 'em, three endings, all of which are equally baffling. And get this: you have to avoid killing monsters to get the best ending. Let's back up for a moment: this is a post-apoclyptic, survival horror, zombie game and killing the zombies counts against your chances of getting the good ending.

This game is actually quite fun up until the end, and then it makes absolutely no sense. In the one ending, you shoot yourself; in another ending, you shoot a guy who is hinted at being you; and in the best ending, you are talking to a mysterious woman who has appeared throughout the entire game, then you're standing on a grassy hill above the city and wearing a suit. Right before each ending, you enter the hospital and find a patient's file on the floor with your name on it.

So… what, the entire game was a hallucination? You're a mental patient? You were going crazy from the stress of your wife dying? And what the hell would make someone hallucinate a zombie apocalypse? Wait, were the zombies actually real people outside your hallucination? Did I kill people?! Who were the uninfected people in my hallucinations? Were they my friends? WHAT JUST HAPPENED??

I'm not sure what the developer was trying to do there. It looked as if questions were going to be answered in the end, but it just went from mysterious to crazy.

Each of these games was moderately well-received to highly praised, which is why I played them in the first place. Anything artistic is quite subjective, and the same applies to video games; a game that provides hours of fun for one person will be too dull to finish for another. Give these a try, perhaps, and experience the madness for yourself.